Google I/O and the Death of the Web

Google recently wrapped up their annual developer conference, Google I/O, and I was struck by how very little was said about the Web during the keynote. While the death of the web may be a bit of click bait title, the 2015 Google I/O conference highlights it is an app world now and a connected world is on the way. We can start to envision a future where we use a Web Browser as much as we use a VHS player. 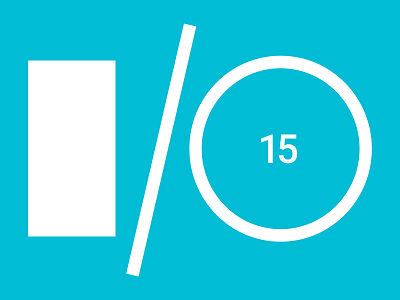 To provide some background, Google I/O is a developer conference where Google reaches out to get developers excited about their platform. Microsoft has their Build conference and Apple has WWDC and they all do the same thing; encourage developers to create great things on their respective platforms and show their vision of the future and why developers should invest their time in adopting this vision.

The Google we know today, with its $350 Billion (USD) market capitalization and $48 billion (USD) in cash reserves, is a result of building great tools for the Web such as search and Gmail. Google also has many great web technologies that developers use every day.
AngularJS is an exceedingly popular JavaScript framework. Google App Engine is a popular cloud Platform As A Service (PAAS) service offering. Google Analytics is embedded on nearly every web page on the Internet. Google Maps are displayed on millions of web pages across the Internet. Google Ad Sense is responsible for the vast majority of Google's $48 billion cash hoard. Even tools like Google Chart are used every day by millions.

So how many of these apps or services were mentioned during Google's I/O keynote. Nary a one, despite the wide adoption and support these tools/apps have. The biggest web technology Google focused on during their keynote was Polymer, a web toolkit based on their Material design standard that was released at the conference. Their was also the release of Google Photos, but that is more about capturing the images you take on your phone than the next great Web thing. Google used its developer conference to discuss very little of its web technologies.

What does this all mean? Google's mantra as of late has been the next billion users, and those users aren't coming from the web. They are coming for mobile devices, TV watchers and even cars. Google is racing towards a world where all devices are connected, and they want to be there first. Self driving cars are impressive technology, but they are also rolling data collectors that tell Google more about you and the world around you than your phone currently does. Android users in emerging economies will never own a PC and will experience the Internet through devices and apps instead of the web. Chromecast devices tell Google what media you like to consume. All of this data feeds to Google and provides data and context, which tells Google more about us and the world, all in order to serve up ads to sell you tickets to go see Ant Man.

Google and Apple are very well entrenched in the mobile world. However, they come from very different places. Google wants context and information about you, and they store it in their massively scalable cloud. For you to give this to them, they provide much of these services for free. Apple wants to create amazing devices and experiences for users, charge you a premium for it and have you keep coming back. Nothing illustrates the difference in thought between these two companies than their photo strategy. Google wants everything you can give it, and you can have it for free. Apple gives you a paltry 5 GB for photo storage and then wants you to pay.

However, the next massive area for tech growth is a world where everything is connected and Google is winning. Apple is not ready to play in that world, and I haven't seen anything to indicate they are planning to. They do not have their own scalable cloud infrastructure in place, though they are working on it, but it is for their services, not for developers to utilize in creating applications. Their development tools are focused on selling hardware devices, not cloud. They are capturing context with iBeacons and iPhones, but not to the scale of Google, where it permeates Android.

Google is exceptionally well prepared to be ready for the connected world, it is in their DNA to do massive scale and be a little bit creepy in what they capture about users. They are also creating and or buying companies that feed data to this connected world. Nest thermostats, self driving cars, Android all feed data and context to Google.

Who is going to compete with Goolge? One option is Microsoft. They have lost mobile, but they are positioned to execute in a connected world, with their Azure service for scale, and their Internet of Things strategy. However, unlike Google, they aren't building the connected devices like Android, Android Wear, automobiles that consumers want and will feed data and context. Microsoft is also more of an Enterprise company these days than a consumer company, though they are working to move the bar.

Or maybe it is Amazon that will be there to fight Google for market share. They have the leading cloud service so they can do scale. Their shopping service provides context. However, their disastrous Fire launch indicates mobile will not be an option for providing data and context. Their focus on growth in shopping does not provide the cash that Apple, Google and Microsoft have to buy share.

The web browser is now hitting the Grandparent stage of life, having begat a mobile world and we are seeing the start of a connected world. It has been a great ride for the web. Google and Apple own the mobile world. The question is who else is going to be battling with Google for the connected world?

Help improve this blog by submitting a pull request.