Creating an Angular 2 Application with the CLI

Angular is a JavasScript framework from the fine folks over at Google. The focus of Angular is building applications across all platforms.

This is the first in a series of posts on Angular where we are using Chemistry data from the periodic table to help us understand the framework. The others posts are

Getting started in the world of Web Development/JavaScript has become a lot more work over the last several years. We are pretty far removed where someone could create a web page and a JavaScript application with notepad. Libraries and frameworks such as React,
Angular and Aurelia all require things like JavaScript task managers such as Gulp or Grunt to transpile code, bundle files, minify them, etc. If that doesn't work, you can consider Babel and/or WebPack to get you moving.

The decisions for getting started have become so overwhelming, people have created a term, called JavaScript fatigue that sums up frustration from a subset of developers. The reality is, especially for a library like React, there are just too many tools for people. Initial project setup, whether React or Angular takes time.

For example, the Angular five minute quickstart guide was not very quick for me. There are over 20 NPM packages to install and users mostly just copy and paste an existing package.json file. The good news is that Angular, as well as React, both recently came out with command line tools to get developers up and running quick. That is what we will explore in this blog post.

In May of this year at NG-Conf the Angular team introduced the Angular Command Line Interfact (CLI) that helped really quickstart Angular application development and follows best practices.

To install the Angular CLI, type npm install -g angular-cli and wait a few minutes. Angular CLI as of this writing (August of 2016) is currently in beta under active development. One of the current focuses is moving from Brocolli to WebPack.

Once this is done, we can now use the command line to create our application. This is seriously good stuff.

To get started creating an application, we simply type

in our case, we will call our application AngularPeriodic and type

This will create our application structure as well as tests, setup up TypeScript and install all the requisite NPM packages. 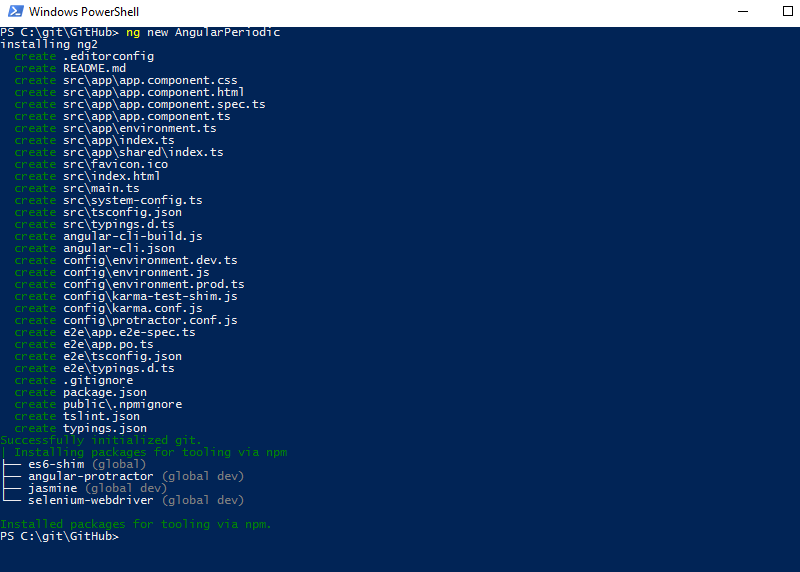 A quick look at our directory structure sees that we hae a lot there.. 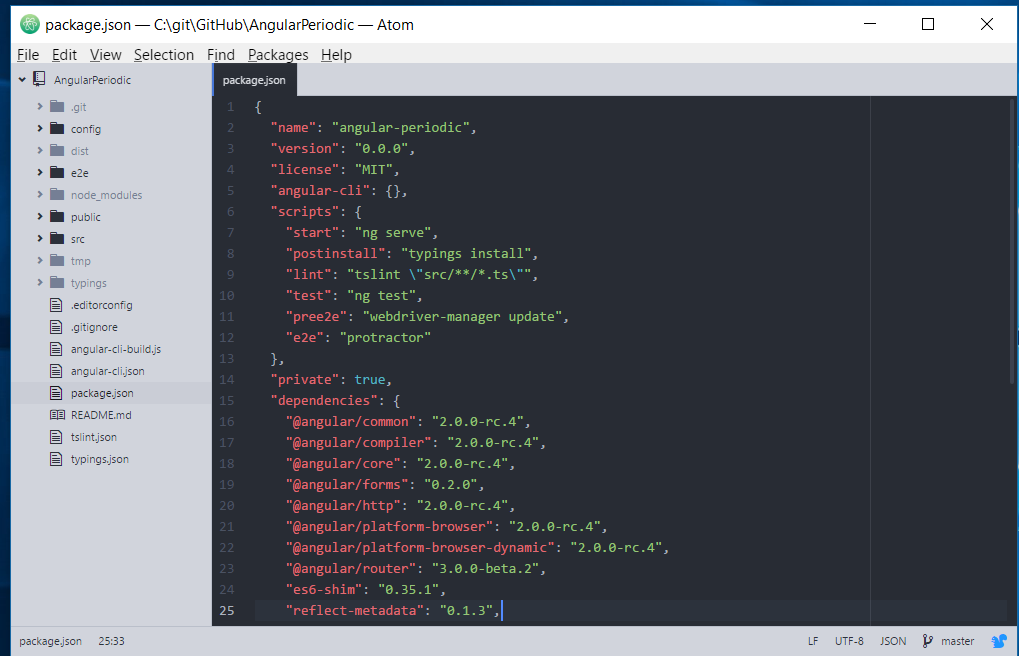 A quick look at our package.json file indicates the NPM packages that Google prefers out of the box, along with a testing framework based on

Not only are we able to get our structure created, we can actually run our application. This is done via the ng serve command. This takes our files, such as typescript and compiles them as well as bundling via Broccoli. Our initial application start displays a screen that lets us, literally, know that our application is working.

A quick change to our initial app structure to wire up the component (again, more on this later) and we can see our component get rendered.

In general, the structure of our application follows current Angular best practices. All the JavaScript files are placed in an app directory. 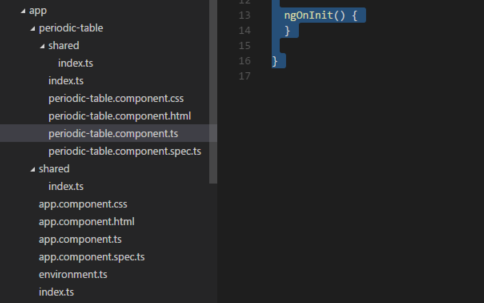 The component TypeScript gets generated and creates our selector, reference our HTML template as well as our CSS file for styling.

So, this is a quick look at the Angular CLI process for Angular 2. It is a great improvement over the previous setup process and helps development teams get up and moving quicker.

Help improve this blog by submitting a pull request.